keeping up with political events 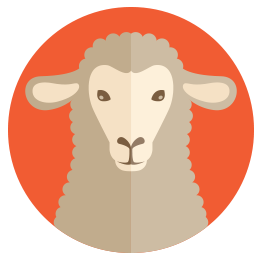 Politics are a hot topic subject in many homes and workplaces. It can be difficult to stay on top of what is going on and how what is going on will impact your life. I created this blog to help those who struggle to keep up with the ever changing political world find the information and references that can be used to keep up with the times. My hope is that having information about the political events that impact you in one place will help you understand things as they are going on and provide you with the knowledge you need to debate with those near you.

With the political culture in the United States now such a pervasive part of every day life, it can be easy to feel overwhelmed by elections at the local level. Whatever your feeling on the current state of national politics, it's impossible to deny that living in a divided and contentious time can create skepticism over the amount of change possible in narrower contexts.

Maintaining a functioning educational system, however, is the best way to create foundation changes which will radiate upward. Below, you'll find a guide to some of the reasons you should be involved in the College Of DuPage Board of Trustees Election as well as some incentive to maintain your optimism.

For many people, involvement in politics boils down to concern over how they will be directly affected. If you don't have children, or if the children you have are either far from or far beyond college aged, a Board of Trustees election may seem outside the scope of your interest.

However, the College of DuPage is a public entity which receives funds from property taxes. The Board of Trustees, in overseeing the college, has a great deal of influence over the distribution of those funds and the way they're used in the community. If you want to keep track of your tax dollars, you should be engaged in the election.

A community can only remain vibrant and thriving as long as its people are continuing to be upwardly mobile. An education is the best way to propel yourself through society, and for people who need a period of adjustment or who are returning after time away, community colleges play an essential role.

The College of DuPage serves a huge population in DuPage County that has the potential to contribute to the community but is in need of the educational assistance to do so. Caring about your home means caring about its people and taking an active role in making sure they have all possible opportunities for advancement.

As mentioned above, national politics has the potential to take some of the wind out of the sails at the local level. You should resist this urge, and instead, do your best to turn that apathy to energy. Rather than allowing yourself to be worn down by the national scene, use it to motivate. Developing hope and momentum in local elections is among the best ways to feel like your voice is heard, and starting with the College of DuPage trustees is as good a place as any.

For more information, you may want to contact Katharine Hamilton.